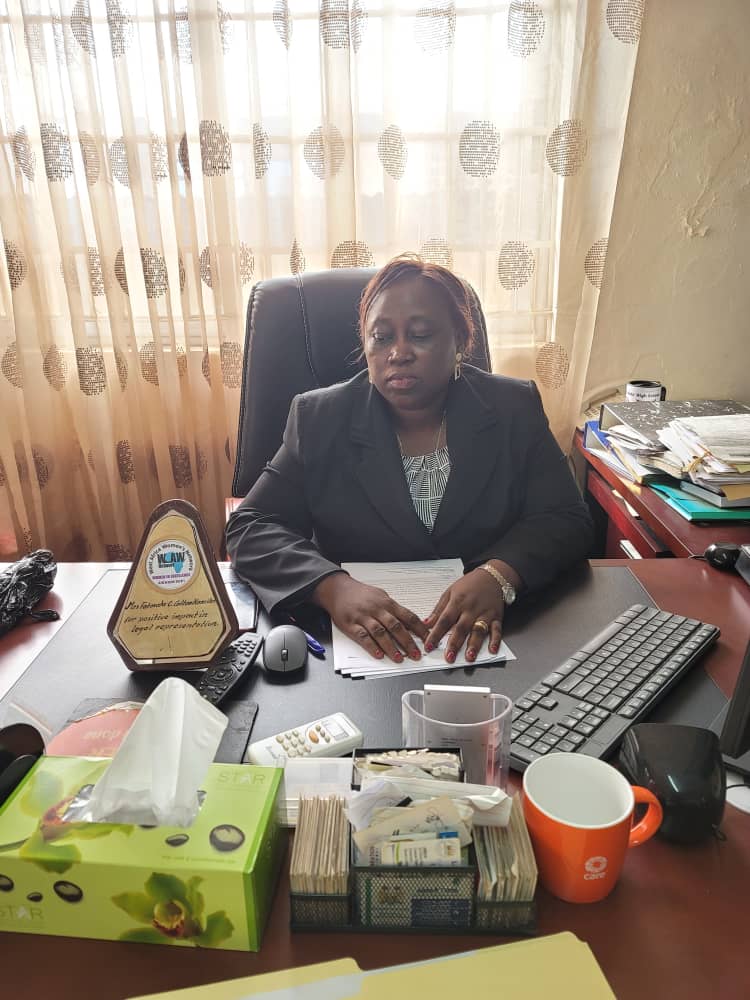 Freetown, 19 March 2021. The Executive Director of the Legal Aid Board (LAB), Ms Fatmata Claire Carlton-Hanciles, has this year again emerged as one of the winners of the 50 Most Influential Sierra Leonean Women awards for 2020.

This year marks the second time the LAB Executive Director has emerged as one of the winners of the prestigious awards, the first being in 2019.

The 50 winners were announced on Thursday 18 March 2021 at an event held at African Young Voices (AYV) Media Empire, at Tower Hill in Freetown.

Announcing the winners, the Awards Committee recalled 15 December 2020 as the date it launched the public nomination process of exemplary women that are contributing towards the socio-economic, political and cultural development of the country.

The Committee added that a total of nine hundred and eight (908) nominations were received from which one hundred (100) were shortlisted. The Committee averred that the 50 winners will receive their Grand Awards in a ceremony scheduled for Saturday 22 May 2021 at the Bintumani Conference Centre in Freetown.

In another related development, Ms Carlton-Hanciles was on Tuesday 9 March 2021 recognized by West Africa Women’s Network for her institution’s positive impact in the provision of legal representation for indigent persons across the country since its inception in May 2015.