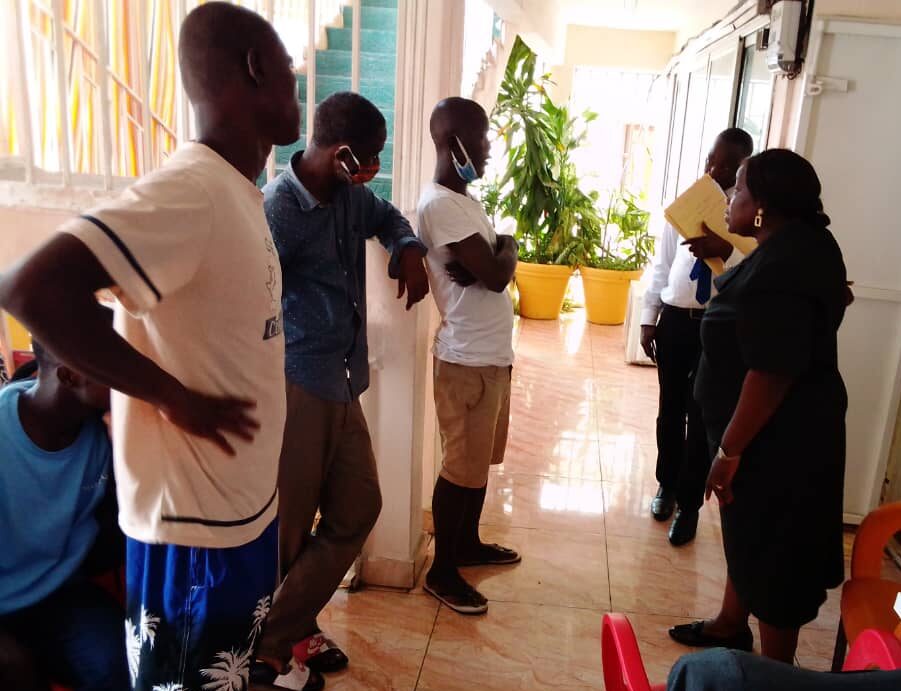 The Legal Aid Board secured the release of three clients  by the High Court in Freetown presided over by  Justice Komba Kamanda and Justice Adrian Fisher.

The three, Abass Kamara, Ibrahim Sorie Suma and Ibrahim Kamara who were standing trial on charges of sexual penetration, house breaking and larceny and murder respectively were represented by Legal Aid Counsels, Cecilia Tucker, who also doubles as the Legal Aid Manager and Harold Momoh.

During post discharge briefing, the Executive Director of the Legal Aid Board, Ms. Fatmata Claire Carlton-Hancles admonished the three newly discharged clients to ensure they avoid doing anything that will get them back into prison.

‘Drugs will not solve your problems but hard work and honesty will do,’ she said, adding that ‘I’m sure you have learned your lessons.’ She encouraged them to find something to do notwithstanding any challenges life may throw at them.

The three lamented that their incarceration has ruined their lives. One of them, Abass Kamara said he does not feel safe returning to Waterloo where he once lived.

In a related development, Legal Aid Counsel, Ibrahim Samba provided representation to a total of 45 accused persons in the Special Criminal Session in Magburaka on 12-13 January 2021. Two of the accused persons were discharged, six were released on bail, while four were sentenced to various prison terms including time spent.