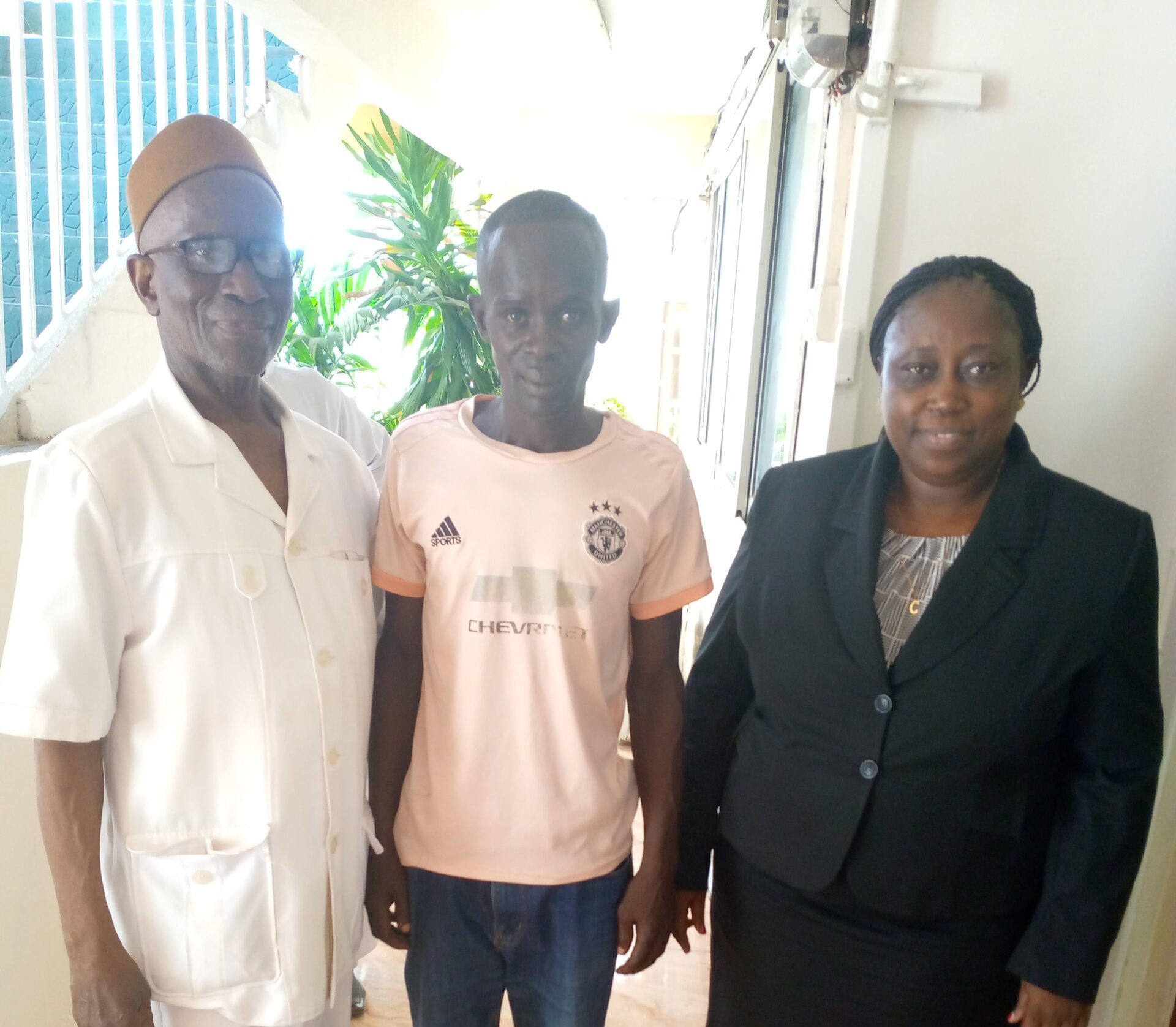 Freetown, 22 March 2021. The Legal Aid Board (LAB) has secured the discharge of one Abu Bakarr Kamara-Taylor from the High Court Holden in Freetown presided over by Honourable Justice Alusine Sesay, Justice of Supreme Court.

Kamara-Taylor was discharged by the court for want of prosecution. His discharge came barely after 11 years on remand. Prior to his discharge, the accused person was standing trial on a one-count charge of murder, a charge he continues to deny even after his release.

Speaking to LAB after his release by the court, Kamara-Taylor recalled August 14 2009 as the date of his arrest, adding that before that awful event he has been working as an apprentice on a vehicle that plies from Masiaka – Waterloo.

Kamara-Taylor also spoke on how the eleven-year incarceration has ruined his life especially on his desire to become a professional driver, stating that his dream has collapsed as he no longer has interest in driving. “My intention now is to go back to my village at Petifu few miles away from Masiaka and engage in farming”, he averred. That he said will help him restart his life especially now that he has nowhere to stay in Freetown as his former residence at Kissy town at Waterloo has long been retaken by his landlord.

He said for eleven years he has not been able to see his fiancée not to talk about his son whom he left at the age of three.

He thanked the LAB for it intervention, saying the Board has helped to prove his innocence. Kamara-Taylor assured LAB Executive Director that he will continue to be a peaceful citizen.

In her usual post discharge remarks to clients, the Executive Director of the Board, Ms Fatmata Claire Carlton-Hanciles, admonished the LAB beneficiary to be law abiding. She averred that the Board’s hands are full and as a result will be constrained to provide legal representation to any of its beneficiary that will turn out to be a recidivist.