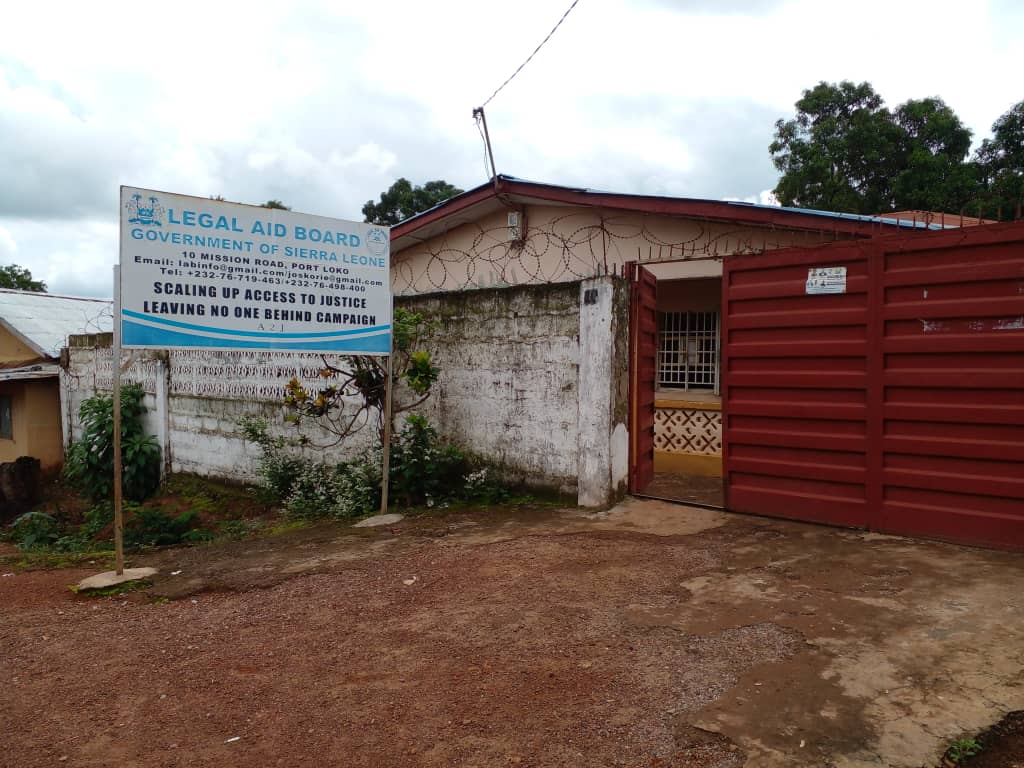 The Legal Aid Board office in Port Loko has summoned the Local Court Chairman of Local Court No. 1 in Lokomassama in the Port Loko District, Mr. Lamin for allegedly demanding money from Yabom Posseh Sankoh who is the complainant in a matter in his court. The matter will be heard in the Port Loko Office on 23 July 2021.

The matter was initially referred to the Regional Anti-Corruption Commission (ACC) Office in Port Loko by the Legal Aid Board on 8 June 2021. This follows a request for the intervention of the Board by Yabom Posseh of Mapitherr Village in the Lokomassama Chiefdom in the Port Loko Districts in a matter between her and a relative.  Yabom Posseh alleged that the Court Chairman had solicited the sum of two million leones (Le2,000,000) to deliver judgement in her favour.

She added that the alleged soliciting took place in April 2021 in the presence of her family members – Sullay Kanu, Kewunie Kamara and Komrabai Kanu. This was after informing them that judgement will be delivered the following day.

The piece of land in dispute is situated in Mapitherr Village in the Lokomassama Chiefdom in the Port Loko District. Yabom claims that she inherited the land from her maternal uncle.

Yabom Posseh negotiated the said amount to one million leones (Le 1,000,000) which she paid accordingly.  She lost the case not withstanding paying the said amount. The Court Chairman then asked her to pay Le 500,000 to appeal the court decision.

The Executive Director of the Legal Aid Board, Ms. Fatmata Claire Carlton-Hanciles described the referral as a vote of confidence on the Board. She said the Board will treat the matter with utmost seriousness to send a loud and clear message to Administrators of Local and Informal Courts that the trading of justice for money will not be tolerated. ‘This is why I am assigning a senior staff, the Regional Programme for the North, Mohamed Jalloh to lead the Legal Aid Board that will be hearing the matter,’ she said.

Ms. Carlton-Hanciles said that the Board has received many complaints of administrators of Local and Traditional Courts demanding bribes from people, very poor people, using their courts on the pretext of delivering justice in their favour. ‘Some Local Court Chairman demand money far in excesses of fines prescribed in the Local Court Act 2011,’ she said.