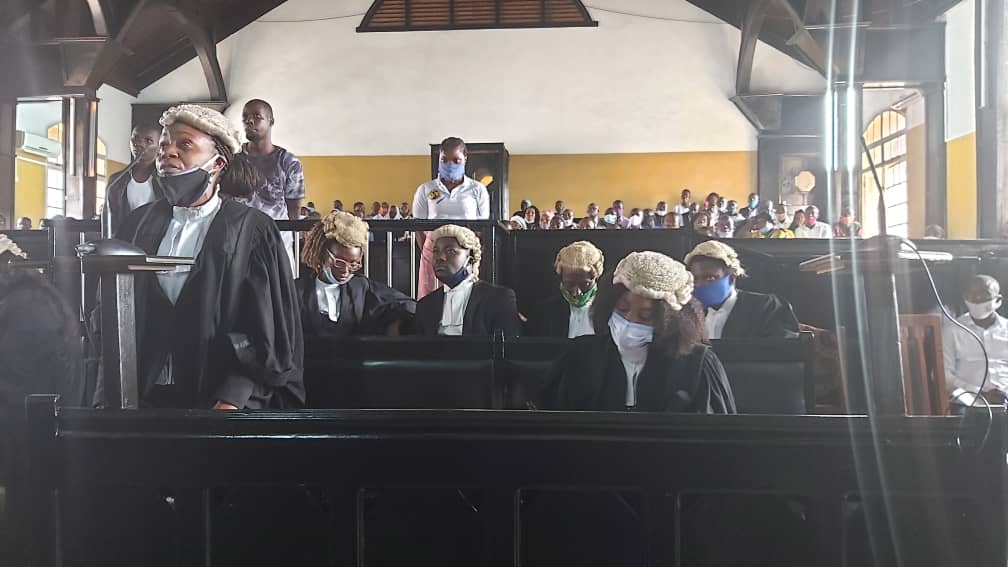 The Legal Aid Board had nine staff at inception in May 2015. These include five Legal Aid Counsels and three clerks. The Counsels include the Executive Director, Ms. Fatmata Claire Carlton-Hanciles and her assistant the Legal Aid Manager, Ivan Ansumana Sesay now a Justice of the Appeals Court.

The Board did not have the ‘luxury’ of a consultant (Local or foreign) to provide the much needed expertise in the setting up of the scheme and oversee its formative years. This could be attributed to the fact that there are few legal aid schemes in the region to tap from at the time.

Also and this is the most compelling reason, the Executive Director brought to the job a wealth of experience having served as Principal Defender at the UN backed International Tribunal, The Special Court for Sierra Leone where all the accused persons she was responsible for benefited from a legal aid scheme of some sort.

The weight of expectation on the Board was very high right from inception in May 2015. This was brought to the fore at the first workshop organized for parliamentarians on 8 July 2015. The workshop also sought to canvass the support of parliamentarians to increase funding to the Board.

The Board was put on the defensive right from the outset, as it turned out that the MPs were interested in knowing when the Board will establish a presence in their constituencies to ease the pressure from their constituents who need financial assistance with accessing justice. The MPs were unhappy at the fact that the Board had not come up with a plan to establish a presence beyond the Western Area even though, in their view those upcountries needed the scheme more.

It is equally important to note that there were voices who held a contrary view on this subject matter. Some key partners and donors warned against being in a hurry to extend operations beyond the Western Area. They argued that the Board is new and therefore needed time to learn and mobilize resources before establishing offices upcountry.

To set the stage for future expansion, the Board signed a Memorandum of Understanding (MOU) with key institutions in the justice sector in June 2015, namely, the Sierra Leone Police, Sierra Leone Correctional Service, and the Sierra Leone Bar Association.

To cater for the increase in clients in the Western Area, the Board contracted 25 lawyers from the Sierra Leone Bar Association on the 12 October 2015 to provide legal representation to fifty indigent accused persons. The current Legal Aid Manager, Cecilia Tucker was among the lawyers contracted by the Board. She concluded her cases in less than three weeks.

At the same preparations for expanding the scheme upcountry was also gaining pace. In August 2016 the Board recruited and deployed staff (Legal Aid Counsels, Administrative and Finance Assistants and Paralegals) in Makeni, Port Loko, Koidu, Bo and Kenema.

Also, with support from the Open Society Initiative for West Africa (OSIWA), the Board recruited 33 Paralegals in the last quarter of 2016 and deployed them in all the fourteen districts in the country at the time in January 2017. Each district had at least two Paralegals. This development brought about a dramatic increase in the visibility of the Board around the country.

The new Paralegals hit the ground running. This is due to the fact that they had lived in their respective districts for no less than two uninterrupted years prior to their recruitment. Since the Board did not have the money to rent offices in six of the 14 districts, the Paralegals had to work from home until such a time when the stakeholders in those districts provided them with an office space. Thankfully, within a relatively short time, the Paralegals were offered office space in these districts. The Board was offered an office space in the Old Council Building by the Kambia District Council, the office in Kabala was offered by the Koinadugu District Council, Matru Jong Office was hosted by an NGO, the Magburaka Office was hosted by the Justice of the Peace Office and the Bonthe Office was hosted by the Ministry of Social Welfare, Gender and Children’s Affairs.

Prior to the deployment of the paralegals, it was not uncommon for Police, Local and Informal Court Administrators to recover money owed to micro-credit schemes and money lenders by illegally detaining debtors as a means of coercing them into repaying these debts. Also, mediation provided by the Paralegals became very popular among the people because they do not have to pay for such a service. Moreover, it is quicker, transparent and informed by the laws of the country.

The Administrators of the Informal/Traditional Courts were made to understand that they can only hear and determine matters such as witchcraft, woman palaver (call name), land matters for areas outside the Western Area, family disputes, customary marriages, minor disputes between cattle herders and crop farmers, fines for use of abusive language and obscenities (cashe) meant to maintain peace and discipline within the community and debts matters involving small amount of money.

As the Board became more impactful and the demand for its services continued to grow, it started establishing satellite offices called Community Advisory Bureaus (CAB) in Freetown in February 2017. Today, the Board has opened 25 Bureaus most of them in Freetown.

The initiative is aimed at empowering communities to take ownership of their justice needs through the provision of primary justice services. The Bureaus are run by volunteers drawn from various facets of the community including women, youth and retirees. The office space for the Bureau is provided by the community. The Legal Aid Board provides oversight, training, handle civil matters referred to it by the Bureaus and provide limited support for stationery as and when funds are available.

The Bureaus have achieved quite a lot in promoting peaceful coexistence by mediating community level disputes, marital, family, tenancy, minor disputes, referring matters to the appropriate justice institutions. They also provide basic information on civil and criminal matters to those accessing the justice system. 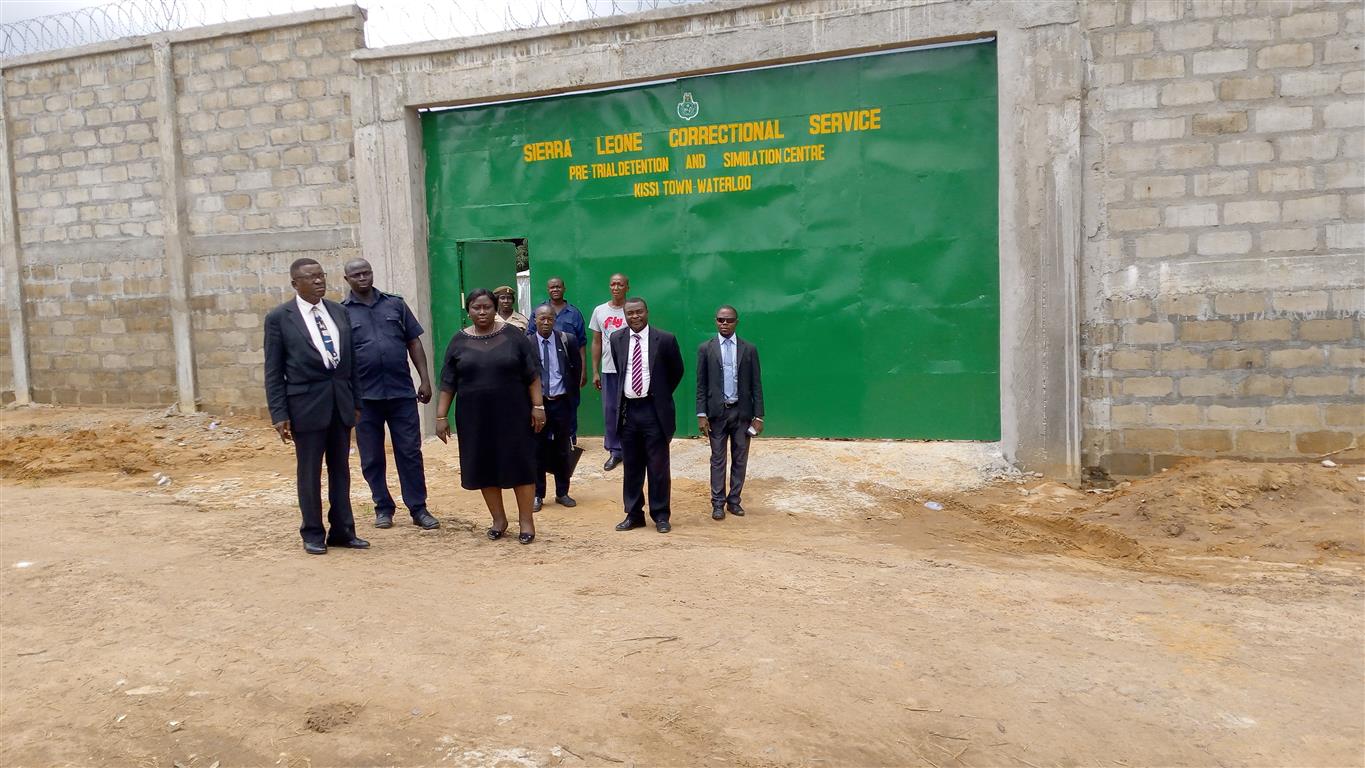 Also, with support from the MOTT Foundation in August 2019, the Board established offices in the district headquarter towns of Karene and Falaba, Mile 91 in Tonkolili, Matru Jong in Bonthe District; Lokomassama in Port Loko District; Tongo in Kenema District; Kayima in Kono District; Moriba Town in Moyamba District and Bumpe in Bo District.

The Board has succeeded in taking access to justice to the doorstep of indigent persons in the country. It comes as no surprise therefore that it has become the first port of call for people who have been abused particularly those in remote communities when accessing justice.

On the international front the Board has carved a niche in the provision of primary justice services through the work of its Paralegals in remote communities which have limited access to the police and the criminal justice system. This includes the innovative use of technology such as whatsApp in the provision of legal aid services. The medium is used to share information, support to and supervision of Paralegals particularly in their dealings with the Local Courts where lawyers are not allowed to make representation.
The medium is also used to provide support to Paralegals as they monitor the Local and Informal/Traditional Courts to ensure they hear and determine matters within their remit, provide advice and legal assistance to Local and Informal Court Administrators, traditional chiefs and inhabitants of chiefdoms, referring matters to the Police, Local Court, Informal Court or the Legal Aid Board as the case may be.

They also provide assistance to the Paralegals in their dealings with the police and in the provision of legal assistance to suspects and trial inmates in Correctional Centers around the country.

While the Board has been learning from international legal aid schemes around the world, they too have been learning from the Board on the work of its paralegals in the provision of primary justice services in remote communities. The Board has made significant presentations on the provision of primary legal aid services in remote communities with limited access to the criminal justice system at the invitation of the International Legal Aid Group (ILAG) in Canada, South Africa and Argentina, World Justice Forum in the Netherlands and UNODC in Senegal.

In recognition of its work, the Board was one of a few legal aid schemes in Africa which was featured in the ‘Handbook on Ensuring Quality Legal Aid Services in Criminal Justice Processes’ by the United Nations Office on Drugs and Crime (UNODC).

In spite of these successes, the Board is not without challenges and I will share the two most pressing ones: a) The Board has a total of 56 Paralegals. This is far below the minimum requirement provided in the Legal Aid Act 2012. Section 14 (2) of the Act provides that: ‘The Board shall appoint at least one Paralegal to each chiefdom.’ With 190 chiefdoms in the country, the Board would need to recruit an additional 134 paralegals to meet this requirement and b) The Board has 18 Legal Aid Counsels on its staff. This is way below the minimum number of lawyers needed by the Board. With the exception of Kono, lawyers in other parts of the country cover at least two districts. The Board will need at least eight more lawyers in order to meet the minimum requirement of at least one lawyer per district.