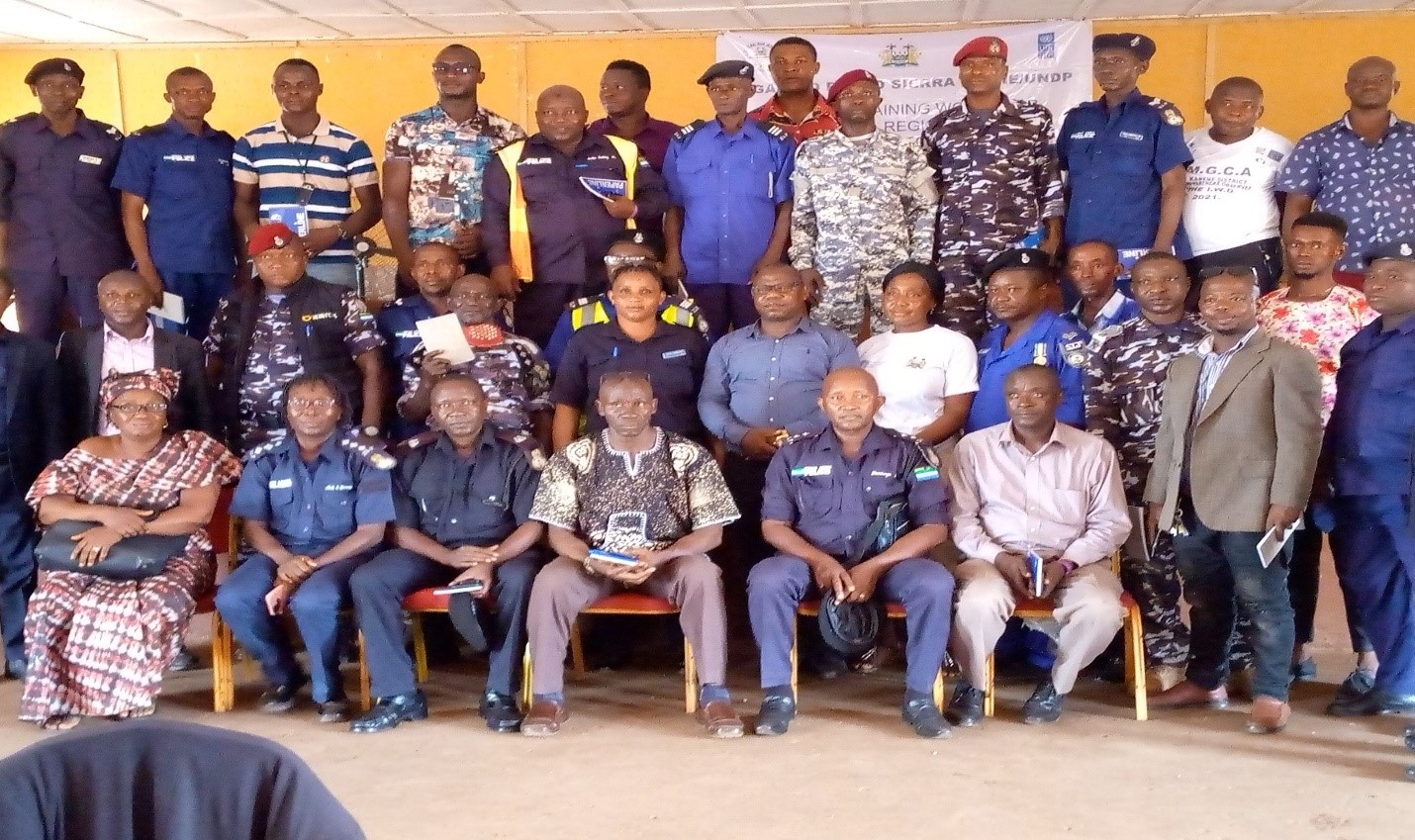 The deployment of the 12 Volunteer Paralegals in the 6 Chiefdoms (Soa, Gbense and Kamara) in the Kono District and (Kamajei, Kori, and Bumpe) in the Moyamba District had a positive impact on SGBVs related issues.

The Volunteer Paralegals had organized stakeholder engagements and meetings with inhabitants by way of Legal Education on the Laws of Sierra Leone: The Child Rights Act, 2007; The Sexual Offences Act, 2012 (as amended in 2019); The Domestic Violence Act, 2007; The Devolution of Estates Act, 2007; The Registration of Customary Marriage and Divorce Act, 2007 and The Local Court Act, 2011.

There was an increase in the number of cases referred to and followed-up on at Family Support Unit (FSU) at Tankoro Division, Motema Division, Ngaiya Police Post, Tombudu Police Post, and Wordu Police Post in Kono district and Taiama Police Station, Njala Mokonday Police Post, Moyamba Junction Police Post in the Moyamba district. This can be attributed to the empowerment of inhabitants and administrators of Traditional Court through legal education and the physical presence of the Volunteer Paralegals.

Table A: Legal Advice and Assistance through Paralegal Services

From the table above, a total of 400 cases were handled through Legal Advice and Assistance/ Mediation using ADR Mechanism in 6 chiefdoms and 2 districts: (Kono and Moyamba) involving 12 Paralegals. In addition to that, a total of 1,234 inhabitants benefited (196 boys, 302 girls, 73 males, and 663 females) from this.

The Board provided legal representation and legal assistance to victims of Sexual and Gender Based Violence (SGBV) in the Model Sexual Offences Courts and in civil cases in respect of women and girls such as maintenance, divorce, inheritance, land and property.

A total of 161 Sexual and Gender-Based Violence (SGBV) cases were handled in the Model Sexual Offences Courts in 7 judicial locations as follows: 44 in Freetown, 26 in Bo, 20 in Makeni, 13 in Kabala, 25 in Waterloo, 14 in Port Loko, and 19 in Kailahun.  See Table B below.

The LAB in collaboration with HUWASAL trained staff comprising paralegals and social workers on how to identify SGBV cases, refer them to the police, monitor investigations to ensure they are expeditious, ensure evidence is not destroyed or tampered with and moreover ensure matters are not compromised.

Those trained were deployed in Kono and Kailahun districts where they provided legal representation to 58 cases. Of this number 21 were convicted, 16 were discharged and 6 acquitted and discharged while 15 are ongoing. A total of 25 cases benefitted from the project in Kailahun and 33 cases in Kono.  See table C.

The Legal Aid Board deployed 50 staff (30 Paralegals and 20 Lawyers) around the country for the Judicial Week. Of the 20 Lawyers, 7 were contracted from the Sierra Leone Bar Association to assist with providing representation to the 870 accused persons (100% as per the LOA) who appeared before the 26 Judges who presided over the courts in cities and towns nationwide.

Out of a total of 870 inmates, the Board and its partners secured the discharge of 234 inmates for want of prosecution which accounts for 23%; whilst 514 were granted bail which accounts for 51%. These represents success rate of 74%. 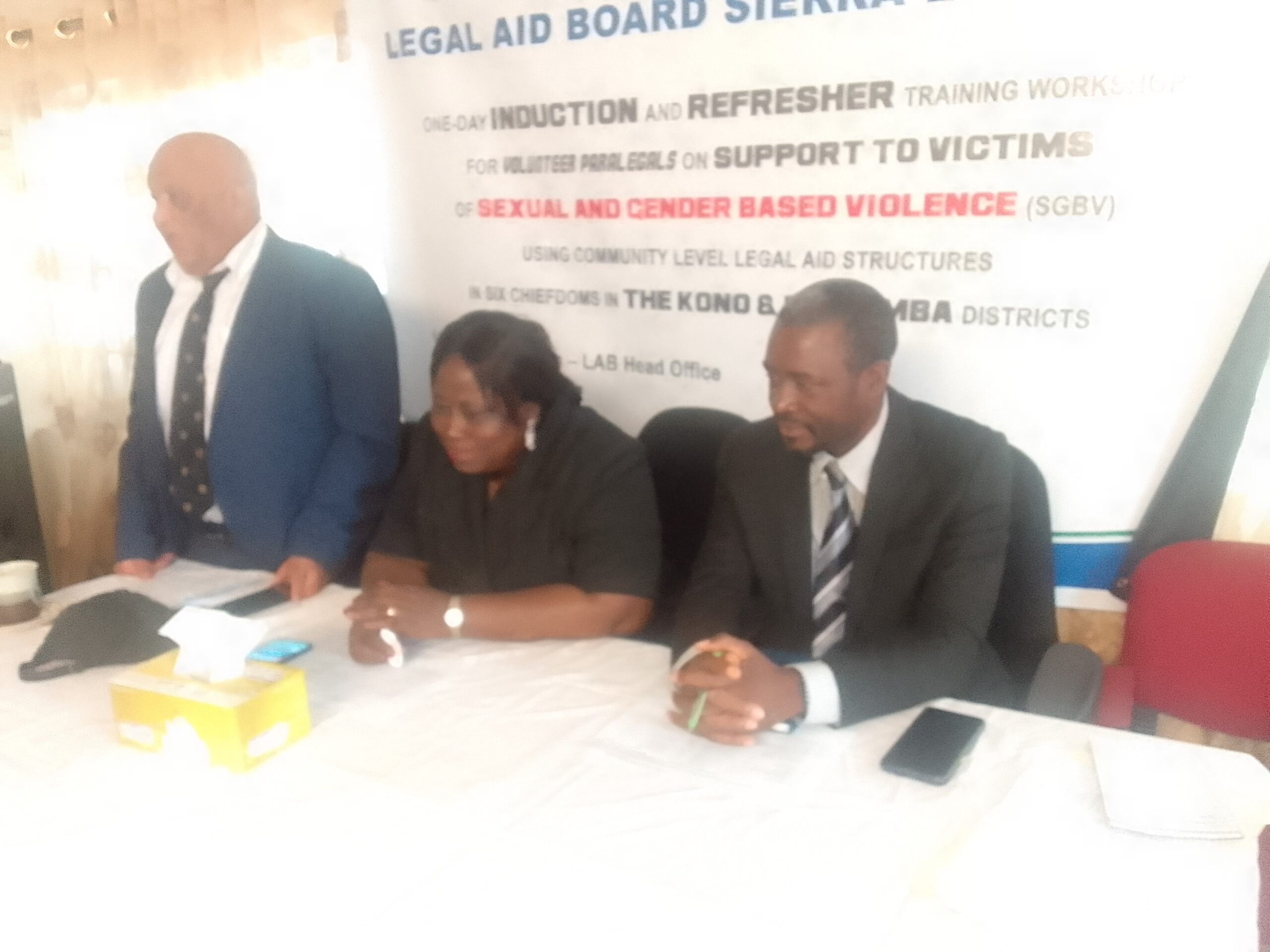 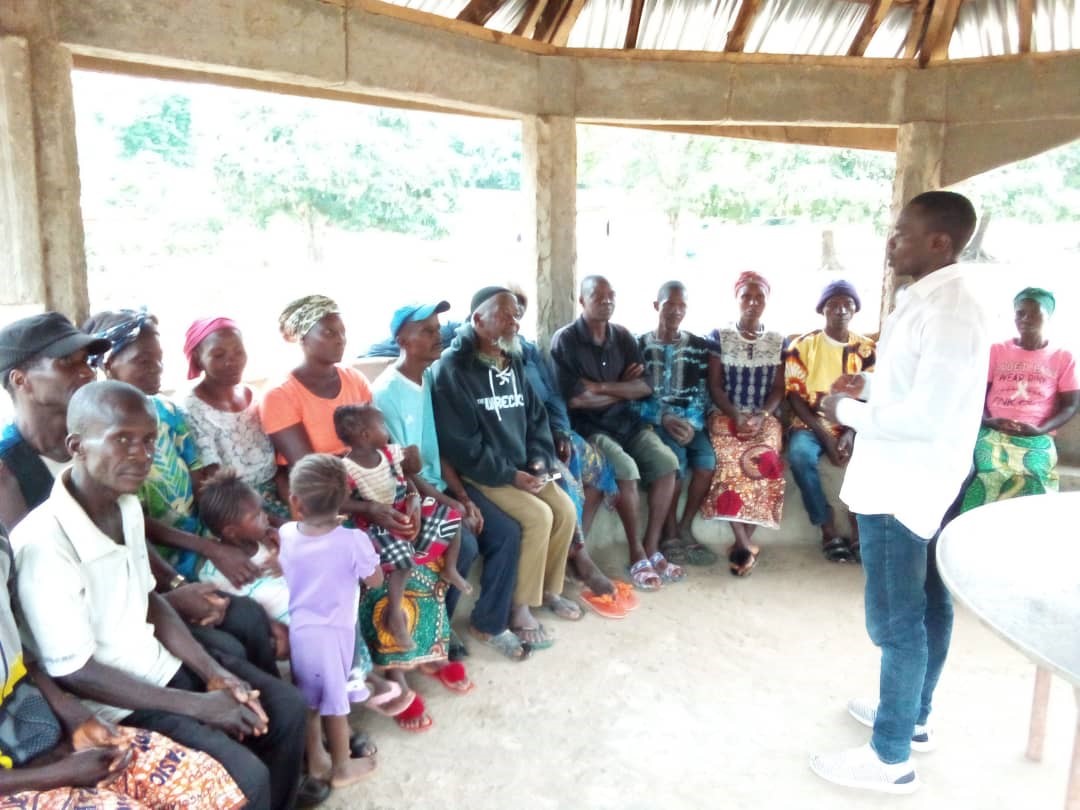 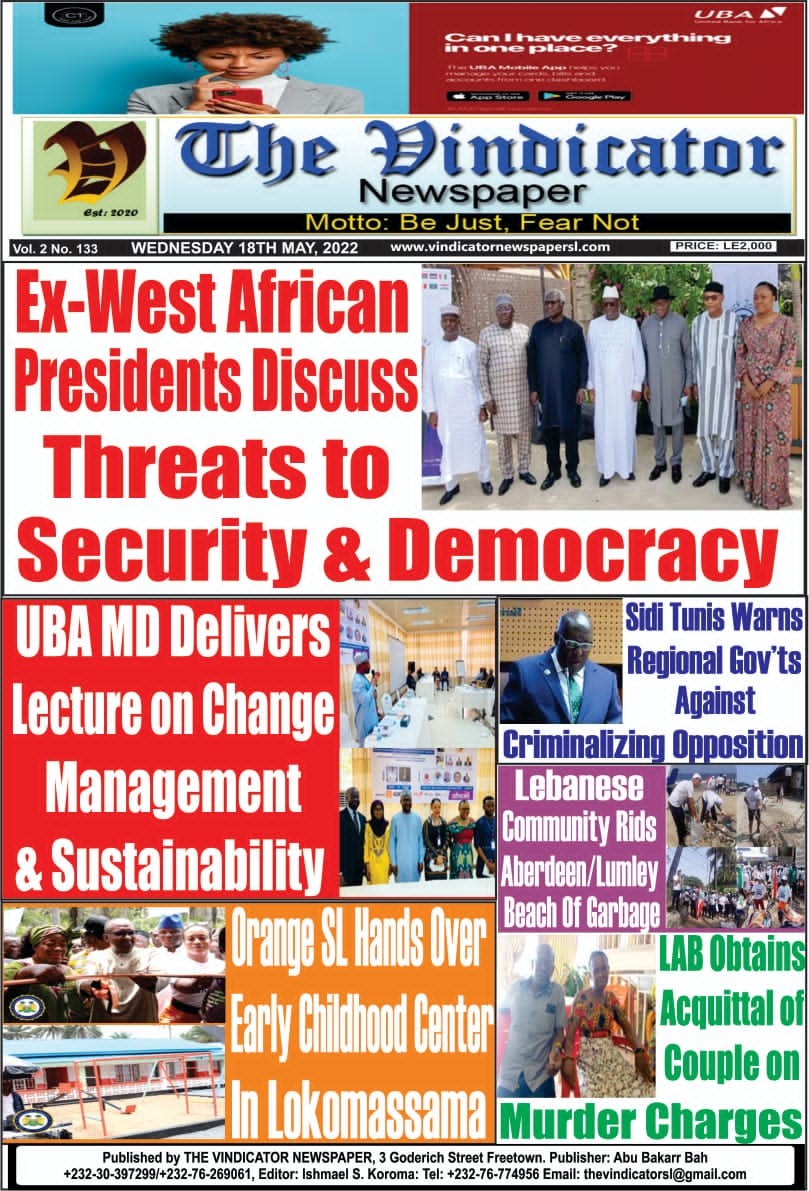 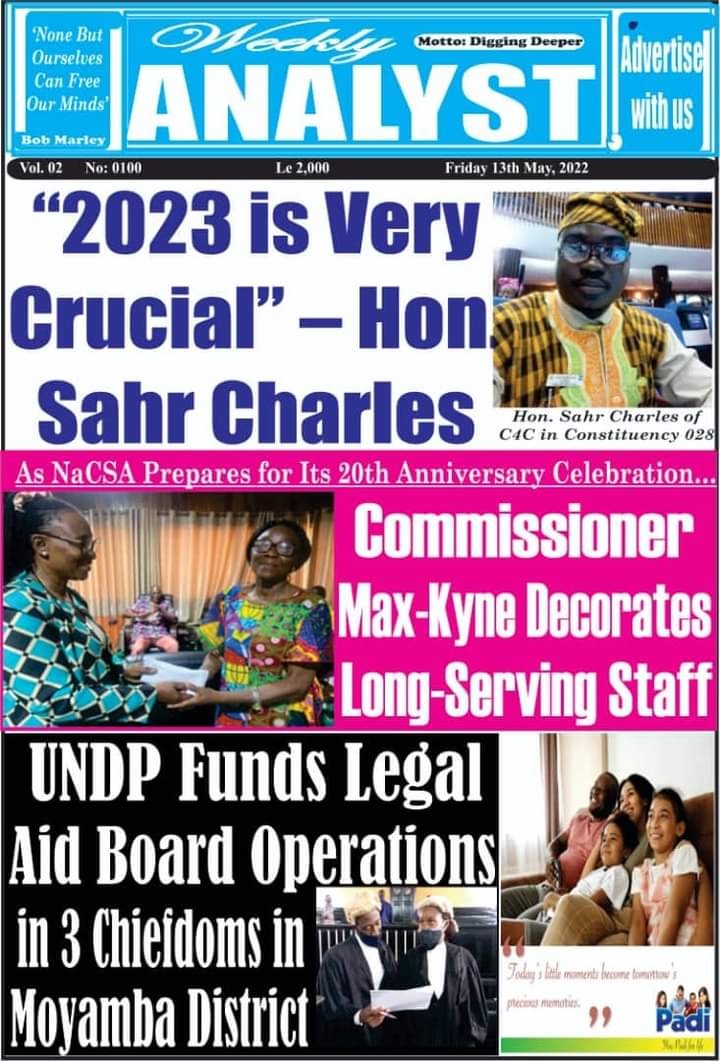 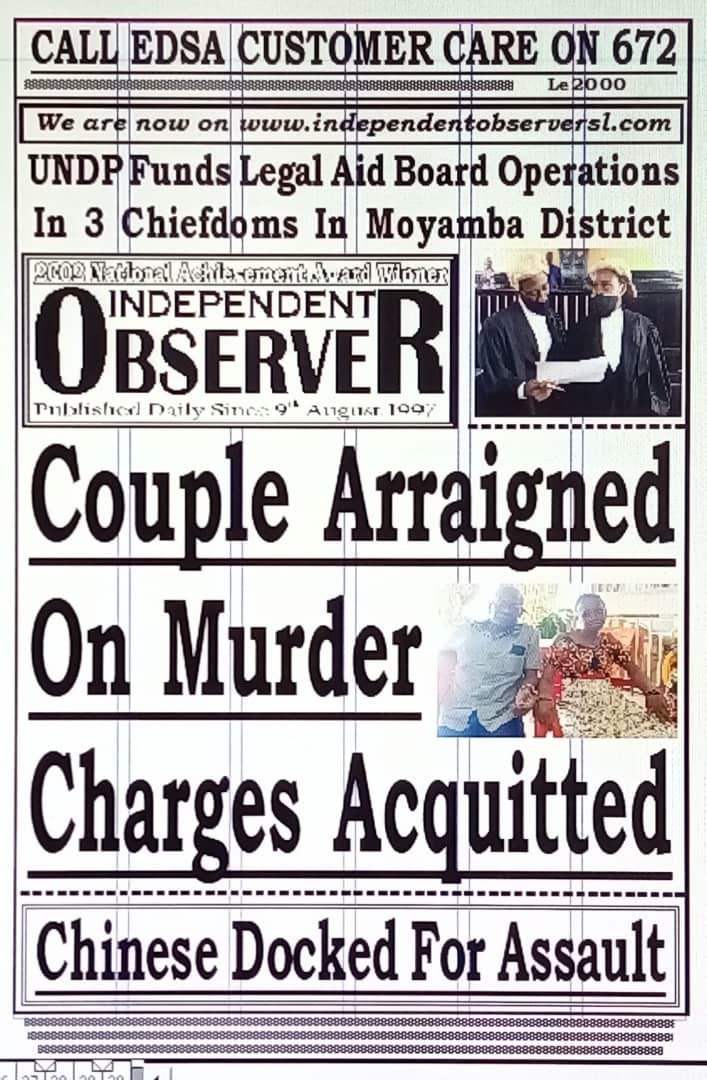